Rhode Island has excellent Universities such as Brown University, University of Rhode Island (URI), Bryant University, Rhode Island School of Design (RISD) and Salve Regina University. Rhode Island and Israel share a passion for entrepreneurship and science. The collaboration between RIIC and ScienceAbroad will help Israeli students and researchers in Rhode Island to make the most of their time here doing research, and to disseminate its fruits for the benefit of both countries 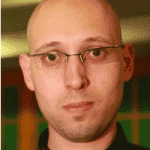 Dr. Roey Tzezana is a futures studies researcher at Tel Aviv University and a research fellow at Brown University. He’s acting as a scientific consultant to several firms and international bodies, board member at Rhode Island Israel Collaborative, and is the author of best-selling books about the future of technology and society. He has co-founded the SimPolitix project for political forecasting and TeleBuddy – a firm that operates telepresence robots around the globe, allowing him to teach, lecture and live in three different continents at the same time, using robotic avatars as his bodies. His research has led him to journey worldwide – from Kazakhstan to Latin America and even Antarctica (where he became one of the few people in the world to capture pokemon on that barren continent) – trying to understanding how technology will impact humanity and reshape our society and institutions.