Finding a donor for every patient – the future is here! 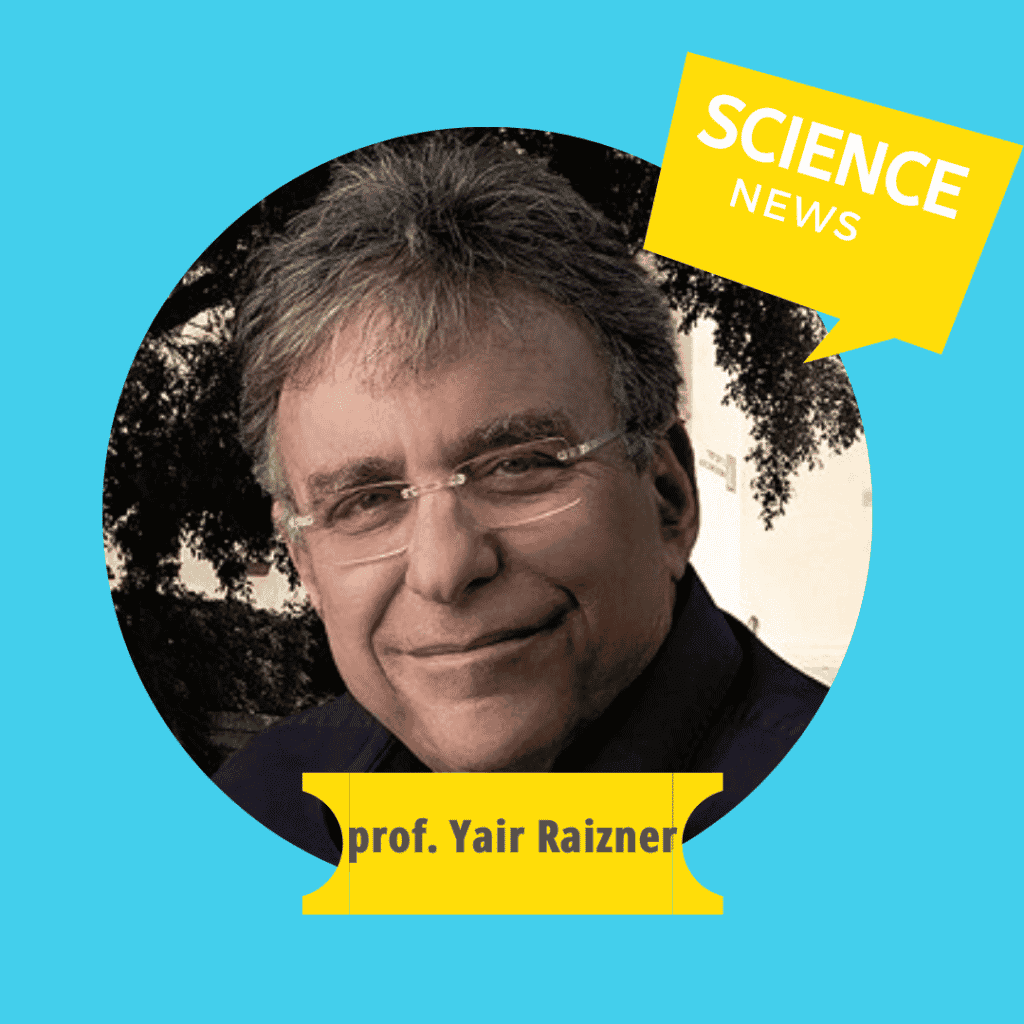 ScienceAbroad and “Mada Gadol, Baktana” (“Little Big, Science”) congratulate Professor Yair Reisner for receiving the prestigious “EMET” (A.S.C – Art-Science-Culture) award for 2019. The prize is awarded for professional and academic excellence. From the committee’s decision letter: “The EMET award is awarded to Professor Yair Reisner for his pioneering research on the immunology of cell and organ transplantation, which led to extraordinary clinical accomplishments in developing transplantation of hematopoietic stem cells for patients that failed to match with a compatible donor, and for his important contribution for the treatment of a variety of malignant hematology diseases, and specifically for different types of leukemia. The development of ground-breaking transplantation methods allowed finding a donor for every patient, and has led to the recovery of thousands of patients”. (From the prize website). 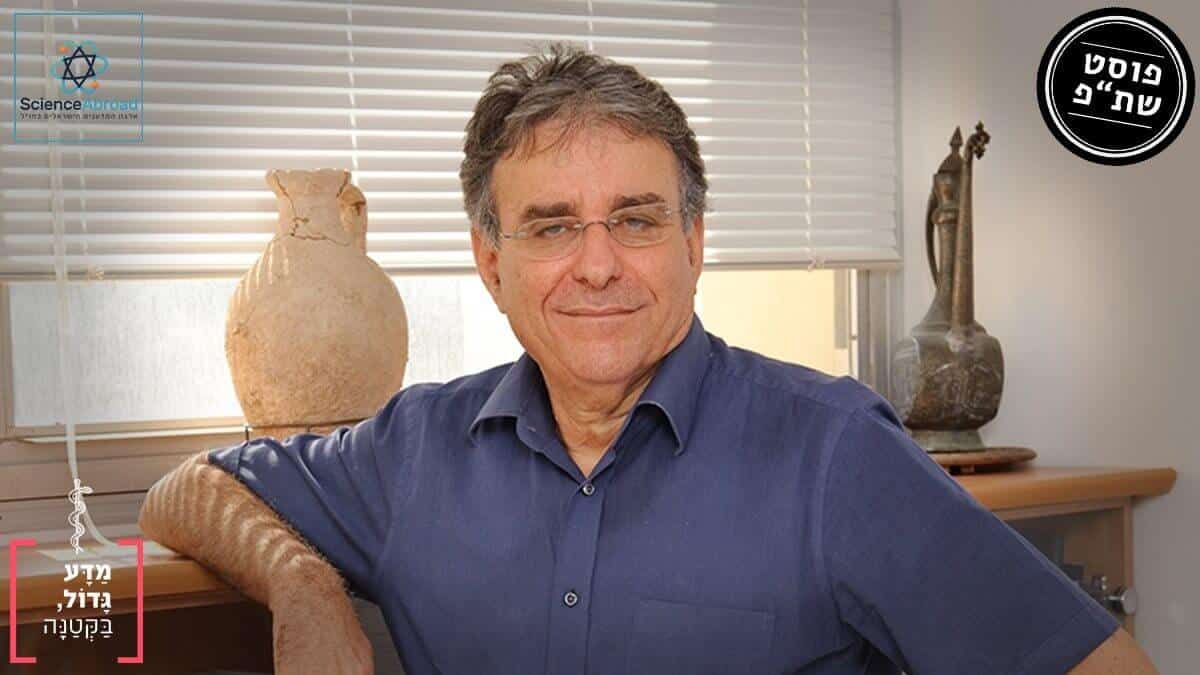 Every so often, there are popular media announcements searching for bone marrow donations from the general public. These announcements ask the general public to get a simple blood test to determine if their bone marrow would match with a patient in need of transplantation. Every person that is tested is entered into the international registry of bone marrow donors, and their details are saved in the system. Today, the bone marrow registry in Israel includes about one million registered donors, but only ~100 patients per year actually receive a transplant from a non-related donor [1], which shows that it is difficult to find a suitable donor from the registry. For this reason, many patients are not able to receive the bone marrow transplantation that is essential for saving their life.

In contrast to kidney transplantation, for example, where only blood type compatibility is necessary, in bone marrow transplantation the compatibility needs to be wider. Bone marrow is the term for the tissue where our blood cells, both the red and the white cells, are generated. The blood system originates from stem cells (called “hematopoietic stem cells”) which can divide and differentiate to red blood cells – which carry the oxygen in our blood stream to all tissues of the body and white blood cells – which make up the immune system that protects our body. The immune system is there to protect us from things that are not supposed to be in the body, it is especially skilled at knowing what is “me” vs what is “not-me” and fighting against all things that it recognizes as “not-me”. Because the bone marrow carries white blood cells that are the immune system we have a problem when we transplant incompatible bone marrow into a patient, because we are transplanting immune cells from the donor that can attack the patient’s organs in a process called Graft-versus-Host disease, which can be lethal. Another, less dangerous problem , occurs when the immune system of the patient, attacks the transplanted bone marrow, in such cases we have graft-rejection, which means that the transplant fails. This will rarely end in the death of a patient, but will leave the patient without an immune system and unable to fight off infections, very much like the complications that people with AIDS face (Acquired Immuno Deficiency Syndrome).

These mutual immune attacks of host and donor make bone marrow transplantations, complex and dangerous despite being fairly simple medical procedures to execute. These problems have led many researchers to attempt and develop alternative transplantation methods that will succeed also with only partial- or no-compatibility, with limited damage to the donor and the patient. Significant advances in these field have been made by Professor Yair Reisner, the former head of the Immunology Department at the Weizmann Institute of Science, the first president of the Israeli Stem Cells Society, and currently a Professor at the MD Anderson Cancer Center, in Houston, Texas. The new methods he and his team developed are benefiting many patients that require bone marrow transplantation worldwide.

Professor Reisner began his career as a biochemist studying the lectin protein found in soybeans, at the Hebrew University. While isolating the lectin he noticed it is capable of binding the T-cells of the immune system. These are the cells that are mainly responsible for attacking the host after a mismatched transplantation. By recognizing that lectin bound these cells they could now be removed from the bone marrow of the donor before transplantation. This breakthrough allowed bone marrow transplantation in “bubble kids” (SCID), children that have a severe immune deficiency that had to live in plastic chambers for months and years, to be protected from infections. Professor Reisner and his colleagues at the Memorial Sloan Kettering Cancer Center at New York City in the 1980s, transferred a bone marrow from a parent that only had partial compatibility with their sick baby, but treated the donation with lectin prior to the transplantation. This way, they eliminated the harmful T-cells from the sample, by a procedure called T-cell depletion. After depleting the hostile cells, it was possible to transplant the bone marrow-derived stem cells, without the latter attacking the patient, and developing a normal immune system in the patient. Thanks to this groundbreaking work, the T-cell depletion (TCD) procedure is done in hospitals all around the world, and to date, lives of hundreds of “bubble kids” (SCID) have been saved (2).

Depleting T-cells from mismatched bone marrow was such as success that Professor Reisner wanted to expand its use to treat leukemia. He soon found out, that the patients did not have side effects of graft attacking host but they did have high rate of rejecting the graft. Obviously, this was a big problem, which was solved in a follow-up study, where it was found that increasing the number of stem cells (a method termed Megadose transplantation) that is transplanted into leukemia patients prevented rejection. An experiment to test the procedure was done in mice, and later in leukemia patients. Since then, many clinical centers that have adopted this method, and over 500 patients have been treated with this method (3-4).

Recently, Professor Reisner showed that another cell type, that can be propagated outside of the patient’s body and that regulates immune activity, opens up new and exciting possibilities for safer and more successful transplantations in cases of incompatibility, or when the patients are of old age and cannot undergo the toxic protocols that suppress the immune system. This technique requires a milder preparation of the patient prior to transplantation, and in this way lowers the risks associated with bone marrow transplantation. Using this method has the potential to help treat sickle cell anemia, thalassemia, and different auto-immune conditions, such as Type I diabetes. By transplanting T-cell depleted bone marrow along with a new type of cell developed in Professor Reisner’s lab, it is possible to allow full engraftment of bone marrow from completely mismatched unrelated background, safely and with very much reduced toxicity. It also allows the host to maintain his immune system in tact, which means that hosts don’t need to take medication to prevent rejection and are not sensitive to common colds, for example. A clinical trial with this technology has recently been approved by the FDA (5).

On a personal note, I have known Professor Reisner since I started my graduate studies in his lab, and I moved with him to his new lab in Houston, Texas, for developing and studying lung transplantation. I am lucky to have an attentive, educating, devoted, intelligent and smart mentor. I was also lucky to take part in some of the scientific breakthroughs and see how basic research done in the lab can be directly translated to saving patients’ lives.
We are still looking for researchers who are interested in seeing how the “magic” is done.

Little Big, Science (Hebrew: “Mada Gadol, Baktana”) is a voluntary Registered Amuta, which was founded in order to bridge the apparent gap between the scientific community and the general public in a direct and straightforward way. Their goal is to expose our readers to the exciting discoveries, the thrilling stories and the small details of which the scientific world is made. They aim to do all this while taking care to report with integrity, objectivity and accuracy. The directors of the Amuta and the writers are all professional or amateur scientists with advanced degrees in Physics, Chemistry, Biology, Medicine etc – they are not experts in media, and are all volunteers. They have vast experience reading scientific publications and converting them into texts accessible to the general public – in Hebrew, reaching out to the public using Facebook page, website, other social media platforms, and by organizing and participating in scientific talks and science outreach conferences across Israel.