Support over 4,500 Israeli
scientists around the world 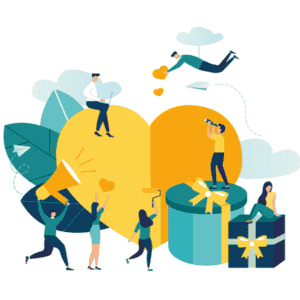 Why Invest in Israeli Scientists?

Through reaching out to Israeli scientists. ScienceAbroad invests in individual capabilities, in strengthening Israeli connection and in Israel’s future. Returning scientists play a key role in:

Last year, we conducted a study that examined the barriers scientists face in returning to Israel, and the contribution to Israel’s GDP attributable to those scientists who did return.

We found that for the 103 ScienceAbroad members who returned in 2017, Israel will gain a significant economic benefit of US$255 million over the next five years, compared to a loss of US$5.5 million in direct income over a typical career period of 30 years, for every Israeli scientist who did not return.

Beyond its ‘brain gain’ activities, the organization serves as a professional and social network for scientists around the world.  The organization has local branches worldwide.
The program assists researchers to connect with other researchers in the region, providing support and assistance for the move abroad and during their stay. Along with assisting the researcher and his family to maintain links with Israel, it encourages them to understand and connect with the local Jewish community.
Researchers are a living bridge between the Jewish community and Israel. They bring Israel to the community while abroad and become ambassadors when they return to Israel by bringing the values of pluralism and a link with world Jewry.  ScienceAbroad is unique in this area and is the only Israeli organization in the world that runs an Israeli researchers’ community. The organization has local branches worldwide
Download our presentation
0
Israeli Scientists
0
Returned in 2020
0
Million US$ economic benefit
0
Events & Webinars in past year

Support over 4,000 Israeli
scientists around the world

For Tax Deductible Donation From The U.S, Canada, GB and Israel via credit card

Would you like to contribute services?
please send us a message:

All Donations from Israel are tax deductible by Section 46a. 2020’th Proper Management Certificate